Book Description: Scarlet leads a double life as Lady Rose, dressing up like a living doll for a vampire she knows only as Master Red. Blinded by the attention she gets from vampires who fall in love with her alter ego, Lady Rose, she lets it go to her head. But it’s not long before vampires more dangerous than Master Red pursue her.

Scarlet’s fingers flitted over the keys of her new baby grand. It was her first and only big purchase with Master Red’s money. The rest she used for rent and expenses. She had three neighbors in her complex, and most were old or never home, so they didn’t mind when she played her piano.

She found great comfort sitting at her piano. Closing her eyes, she broke off from the world and got lost in the music. It took her back to her childhood. Her grandfather used to have an old piano in his living room. He couldn’t play but wanted to hear her do so someday. So, Scarlet took lessons. While other children played or watched television, she practiced the piano for hours every day.

Her phone vibrated in her pocket. A few sour notes came from the keys when she opened her eyes.

She glanced at the screen. Lady X.

Scarlet answered and listened to instructions for her next meeting with Master Red. This time it was in the islands, and the hot weather was a relief from the snowy winter of her hometown. After gathering her things, she hopped on a plane to visit him.

Master Red wasn’t picky about her clothes. He left her to choose for herself. Her outfit tonight was Christmas themed though Christmas was last week. She wore a green velvet dress with red trimmings and a fluffy, red crinoline skirt adding to the Doll theme. Her wig was full and thick, two long braids falling down her shoulders and accented with poinsettia petals.

As she walked the empty hallway toward his room, she tried to wash the smile from her lips. She pulled the oversized hood of her overcoat over her head and hid her form. She forced a frown and tried to get into character. This wasn’t a game. The money was great, and pretty dresses and makeup were fun, but being Master Red’s love slave wasn’t. She would leave his suite and be sick for the next few weeks.

“Scarlet.” He enjoyed calling her by her real name, but she hated it. It hissed from his lips in a mocking tone and made Scarlet shiver. He took her hand and led her to the bed. “I missed you. You are the perfect Christmas present.”

He sat on the mattress and pulled her between his legs. His hands slid up her thighs, his fingers ventured under her skirt, and he took a firm hold of her hips. “Though this get-up is sexy, I wish to see you naked—the form I most desire.”

As his eyes settled on her breasts, he licked his lips. They hid under a short, green jacket. Like a Doll, she flashed nothing but her long legs covered in white stockings climbing to her thighs. He liked her to stay pale, so she didn’t tan or stay out in the sun. If she got a bruise or a blemish, she hid it with makeup. He bit her in the same spots, and though he left scars, she covered those, too.

He pulled her closer and slipped off her jacket. She watched him with curious eyes, childlike innocence in her expression. Underneath, she wore a square-cut tank with thick straps, a brown corset pushing up her breasts.

Her body was loose, but she didn’t move on her own. She only bent in the direction Master Red wished her to go. As he took off the corset, her breasts bounced and hit her chest.

With a graceful spin, she turned her back to him. He peeled off her tank and took pleasure in unfastening each button. He pushed it off each shoulder and smiled as he revealed more flesh.

Grabbing her hips, he spun her around and gazed at her emotionless expression. “I wish you could speak to me. There’s so much I want to talk to you about. So much I want to ask you.” He took off his suit jacket and worked on unbuttoning his dress shirt. He always wore his monster mask. The hair hiding underneath was a messy blond and didn’t match his formal attire.

He searched for a smile, but she didn’t give him one. He tossed his shirt to the floor. Though he had an impressive body, tattoos covered most of his flesh. He wore a cocky grin like he was king, but Scarlet knew he wasn’t. She had him wrapped around her finger, and with each session, she wound him tighter. How long would it take for the string to snap?

He stood and dropped his pants. They lingered near his ankles, and he kicked them away with his bare feet. This suit and tie thing weren’t him, but he tried to impress Scarlet. He loved this girl with a passion hotter than his need to feed. Even half-naked, she was perfect and there wasn’t a blemish on her, though he’d bit her enough times to litter her with them.

“I know you’re in there.” Now naked in front of her, his stare narrowed when she didn’t avert her eyes from his. Her expression wasn’t eager or excited. Women would go wild at the sight of his naked body, but not Scarlet. Vacant, her stare made him feel lower than anyone had. Nothing impressed her, and he would die to make it happen.

As he stared into those large blue eyes, he saw fire hiding inside her, but she never let it out. She kept her secret locked tight in that perfect frame of flesh, and it made him furious.

“Do you find me handsome, Scarlet?” He wrapped his arms around her stomach, the crinoline on her skirt rough to the touch. She nodded but didn’t smile. “Do you love me, Scarlet?”

He stroked her chin as he admired her flawless features. Those enormous eyes haunted him when they were apart, and she was all he thought about. “There are no words to describe how deeply I love you. How much I long to have more than this.” He ripped down her crinoline skirt with a rough hand, his lips filled with a scowl. Her expression didn’t change with his words. Angered, he kissed her. When his eyes closed, she gave in, and he felt she loved him back. 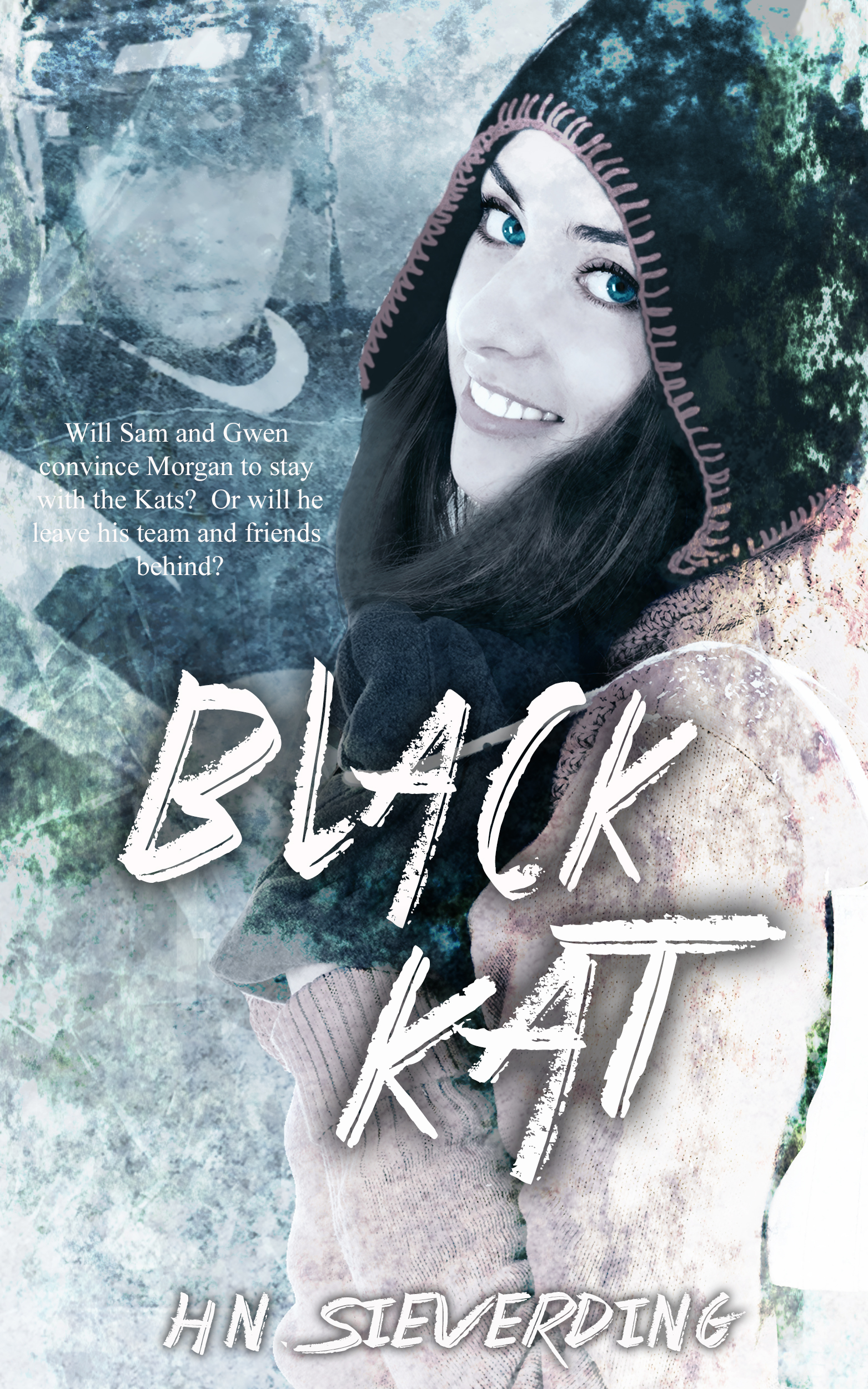 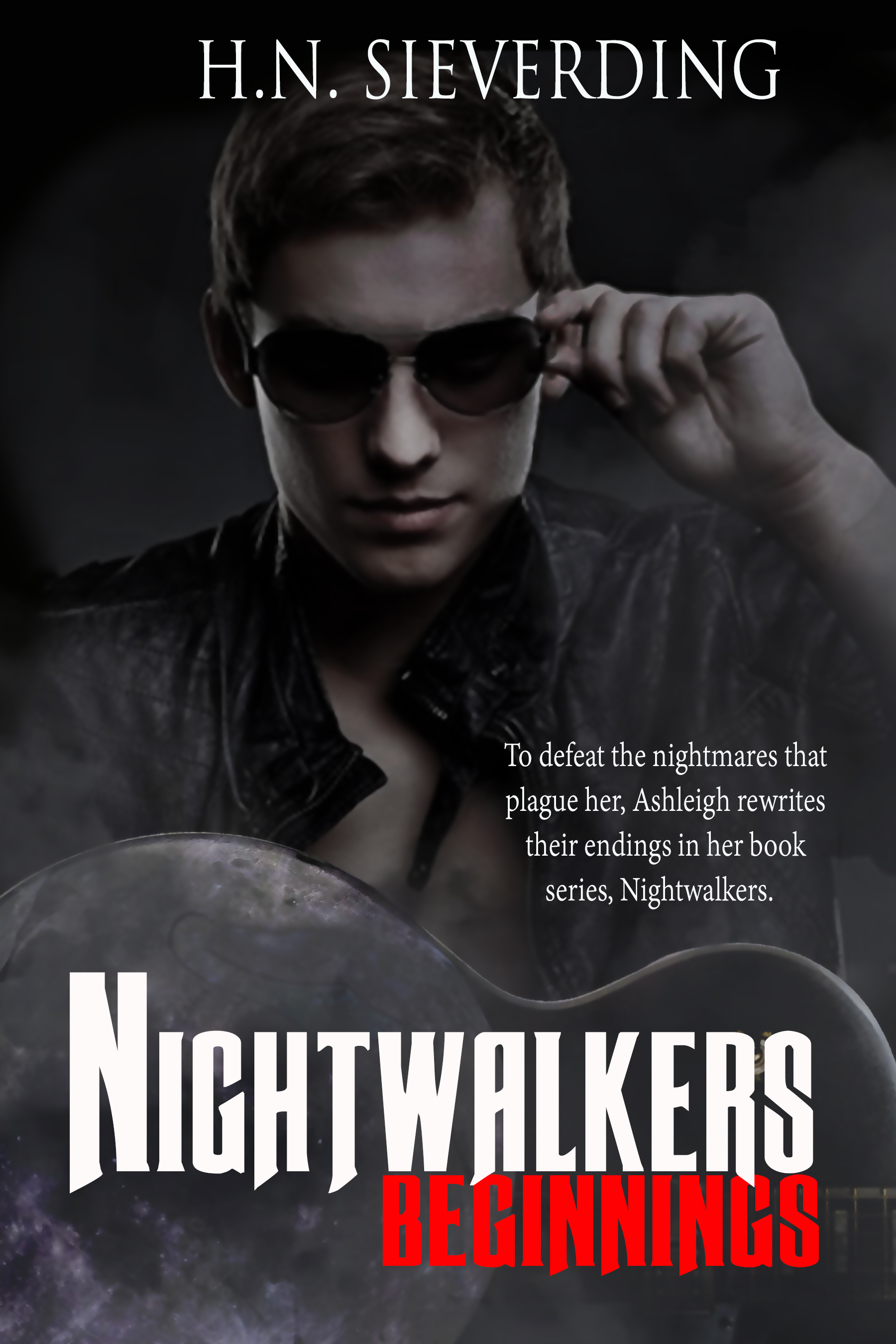 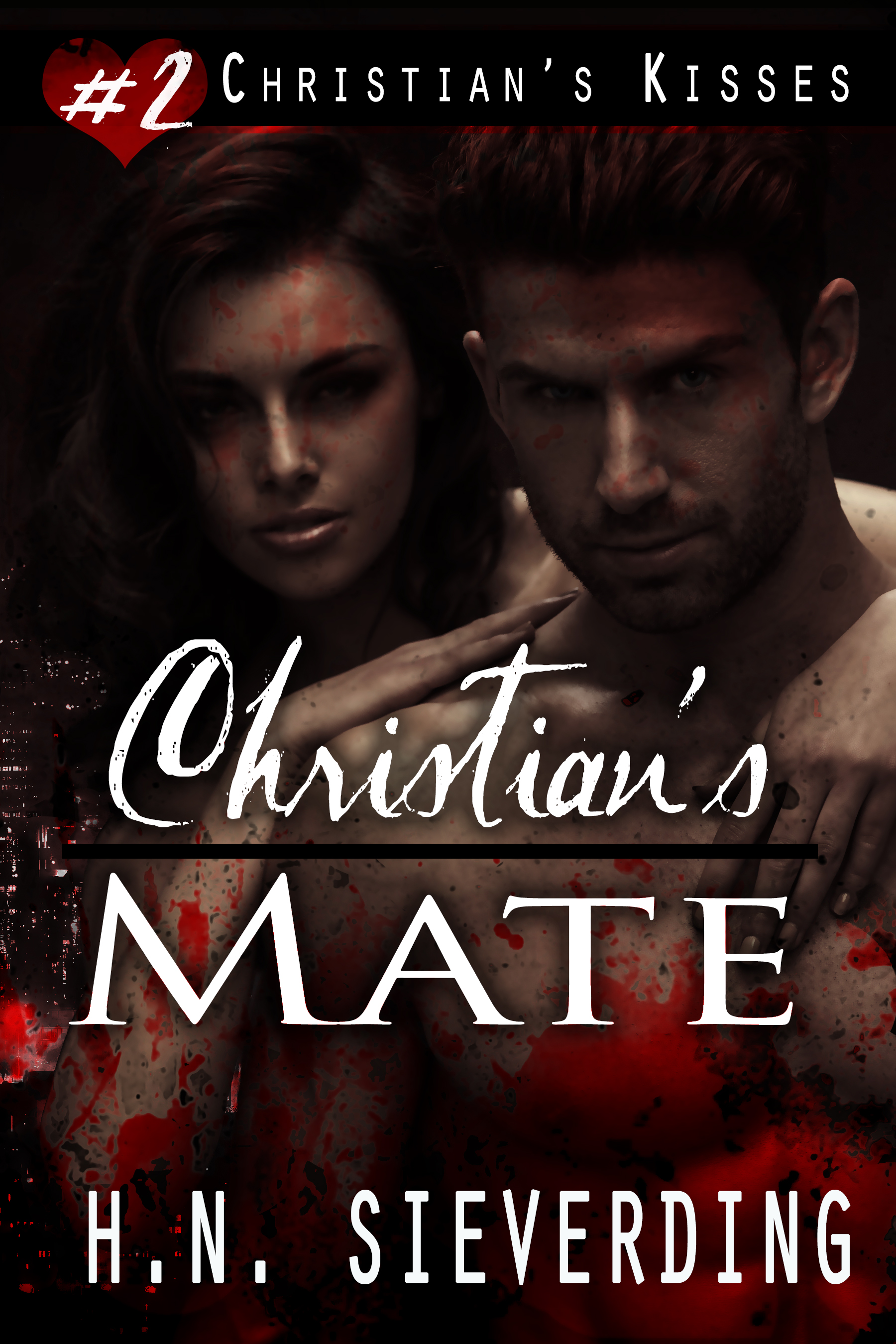 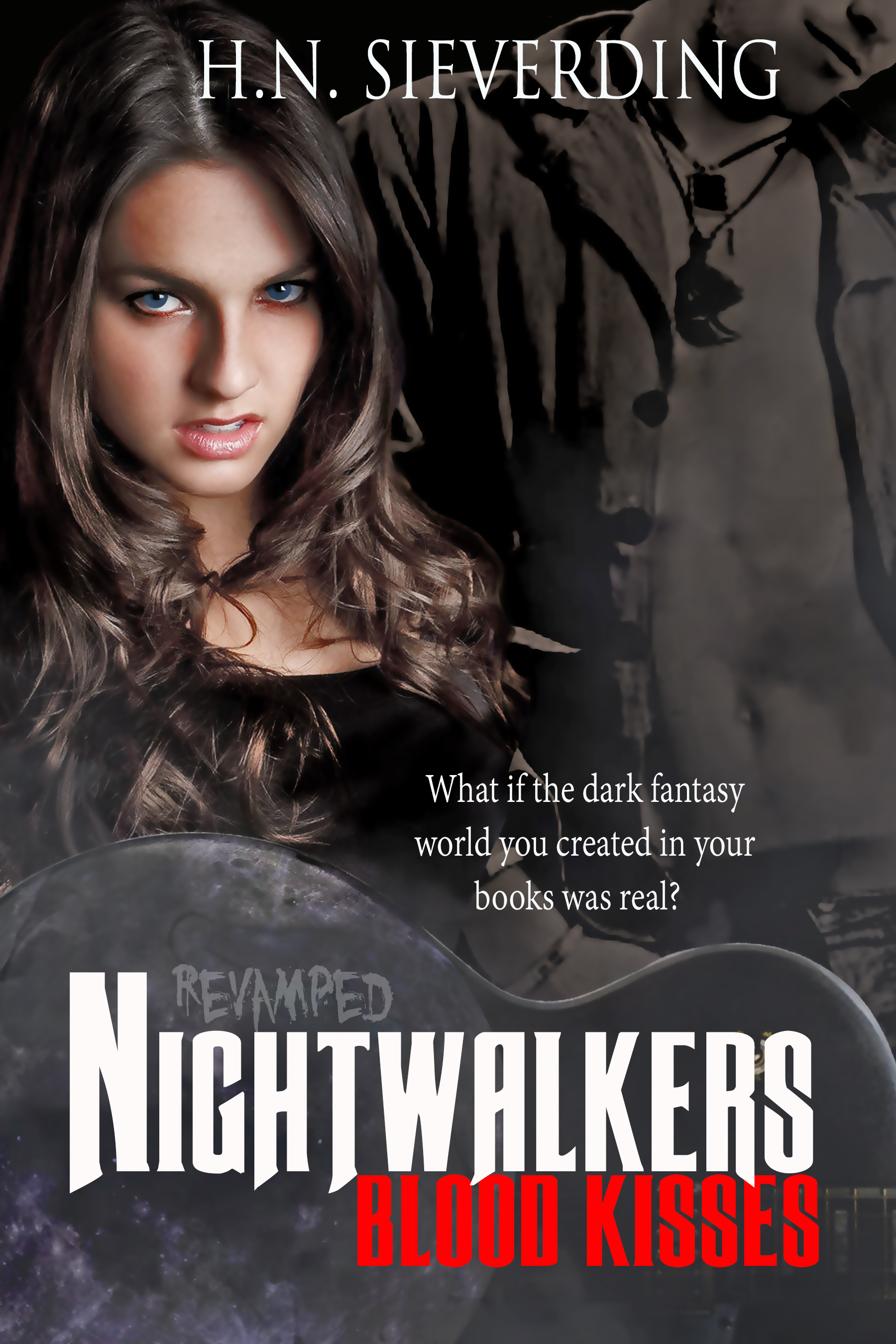 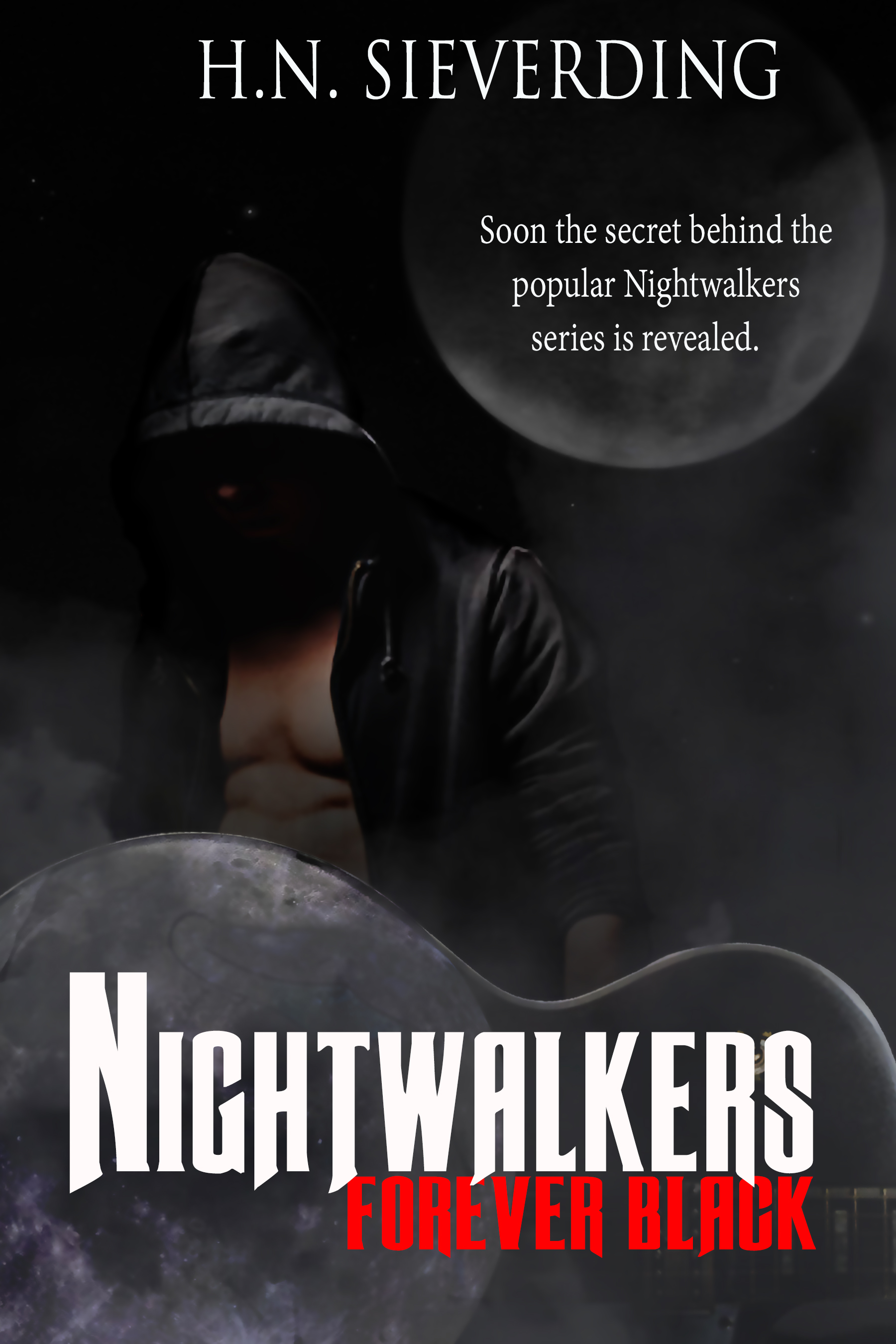 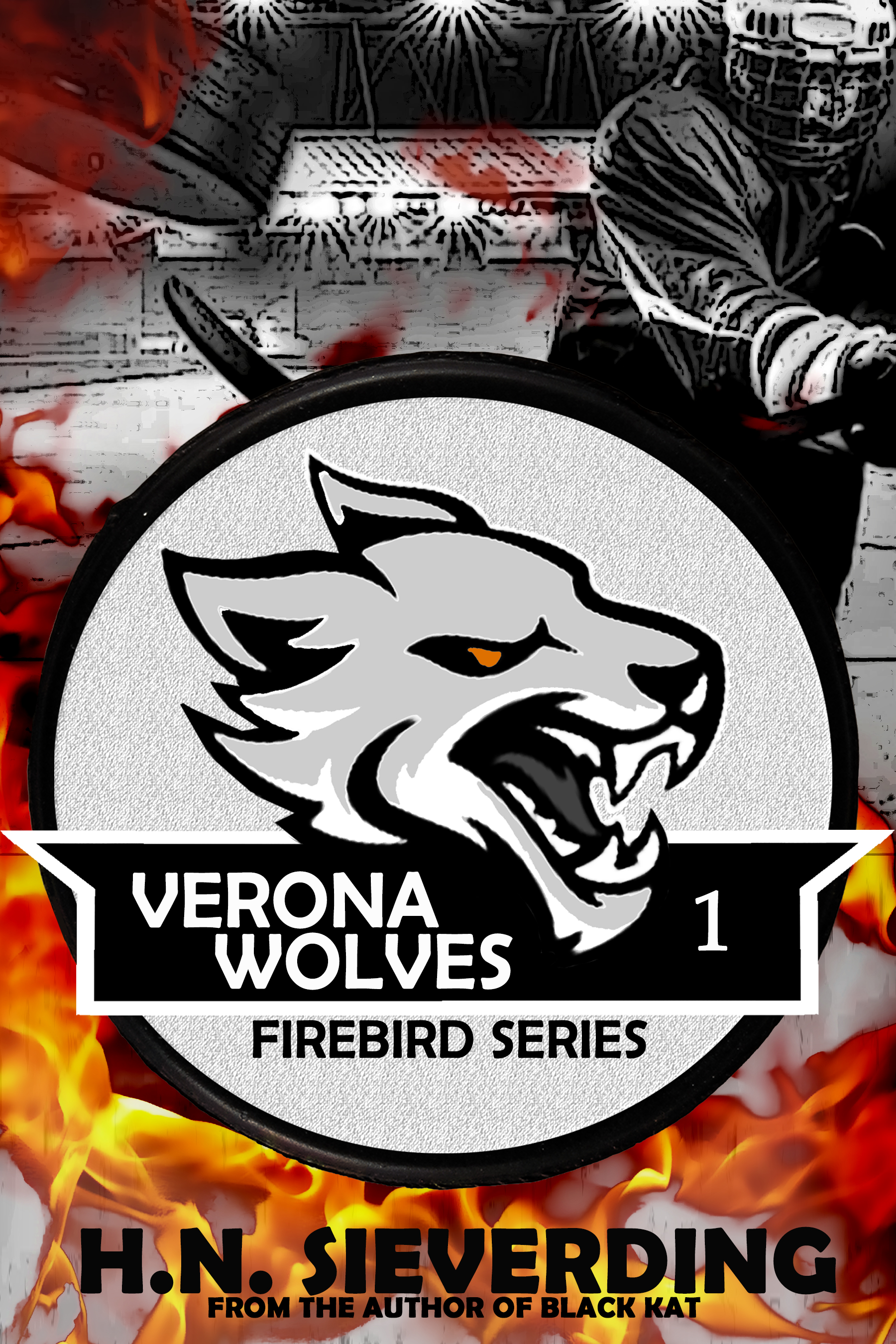 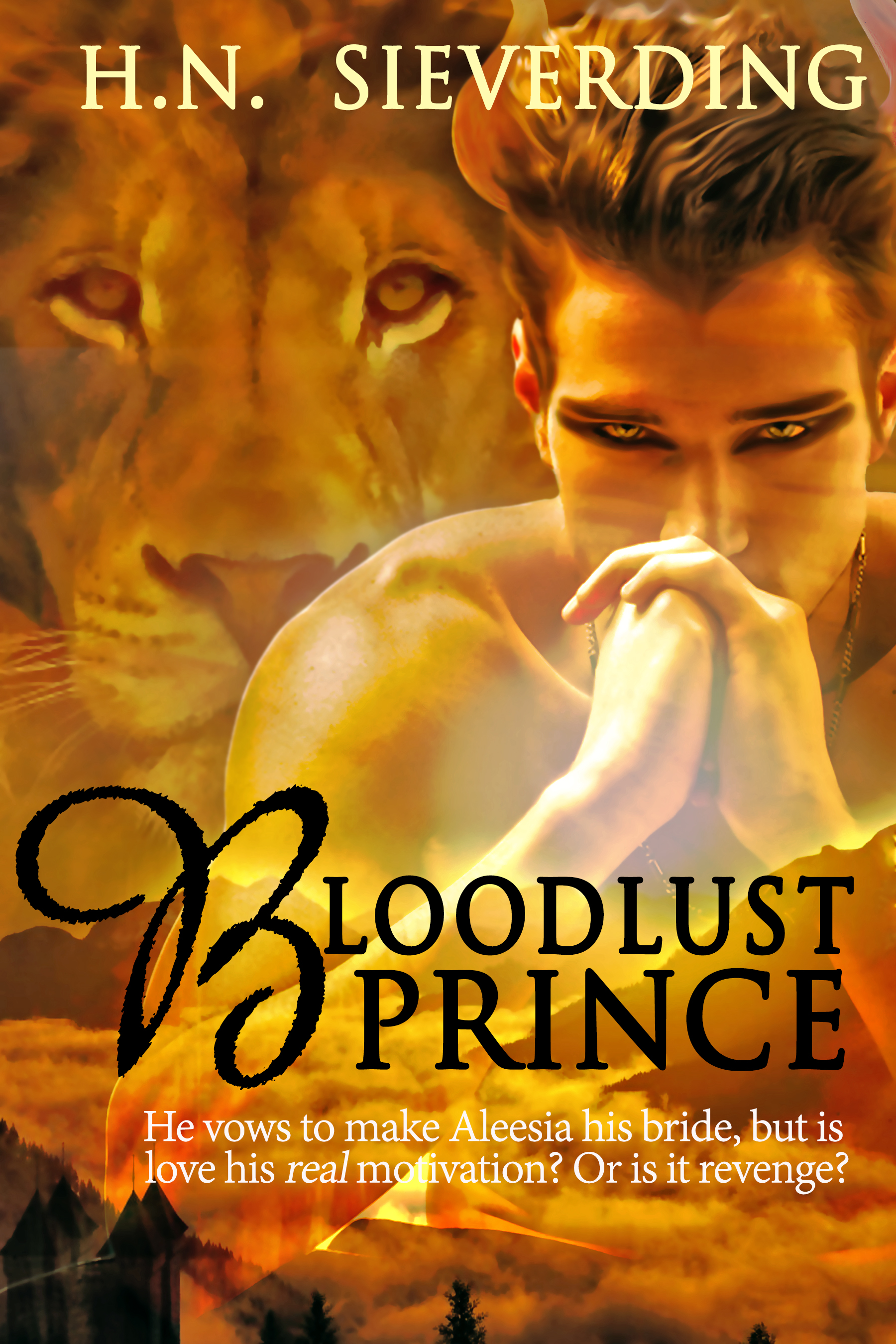 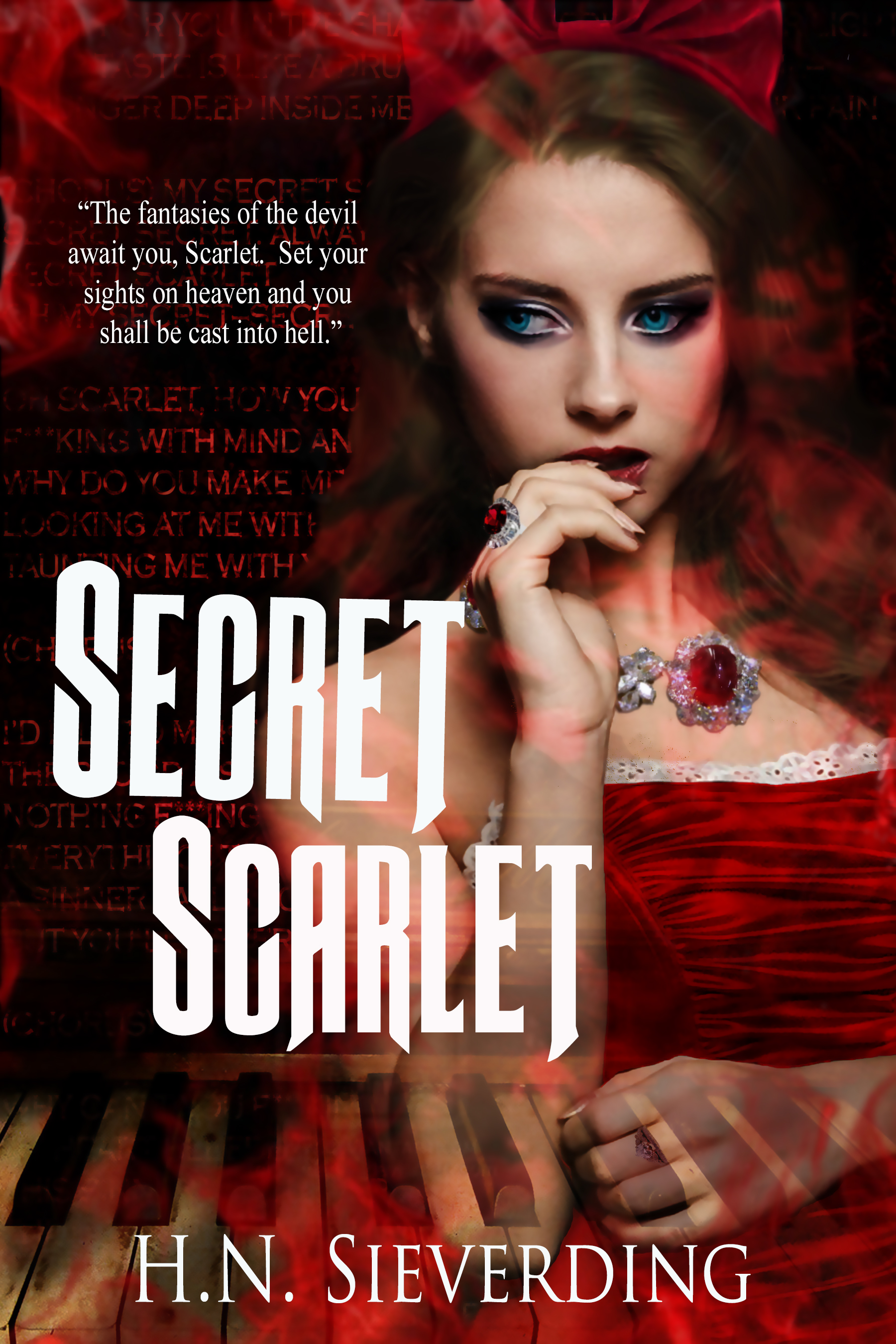 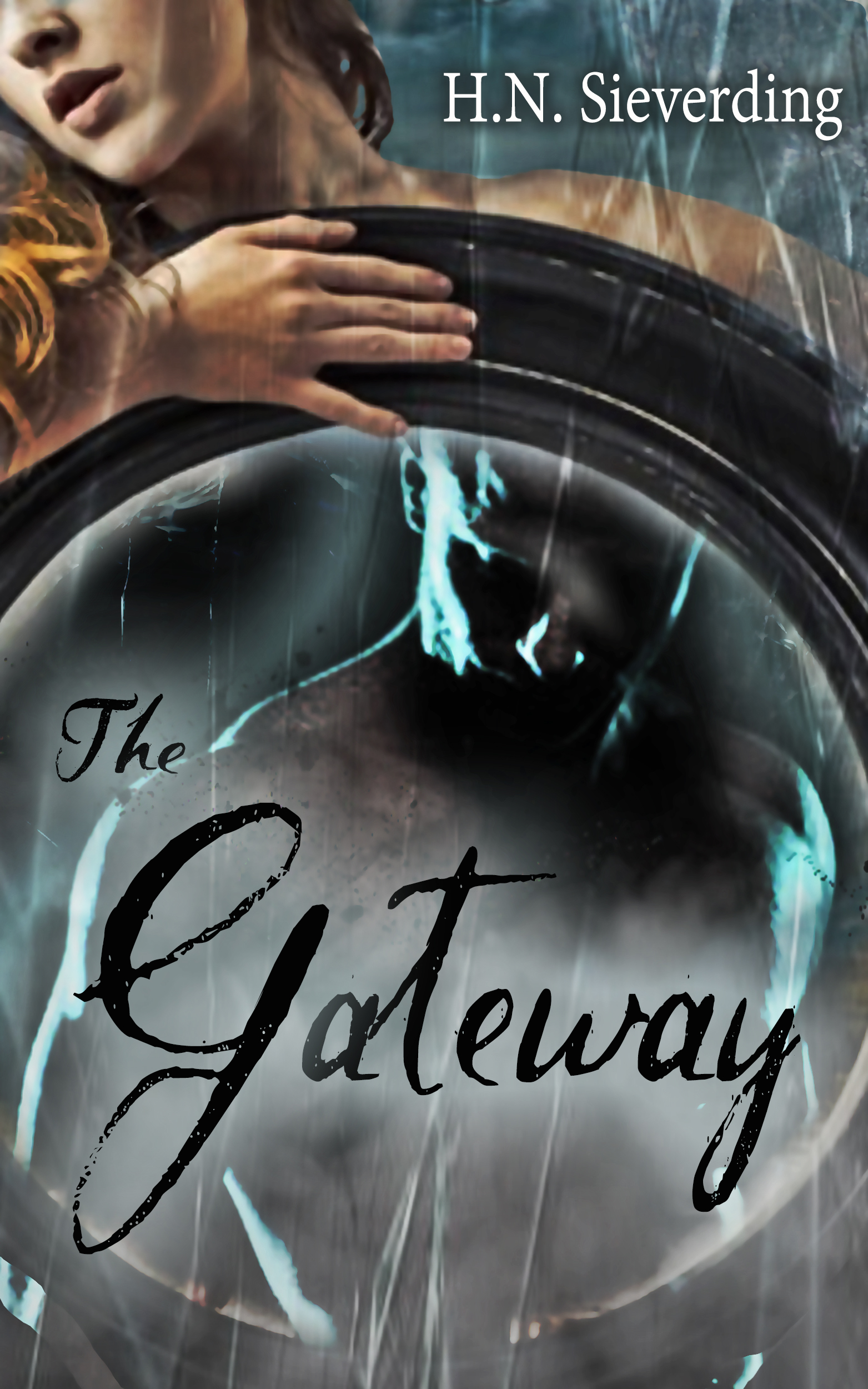 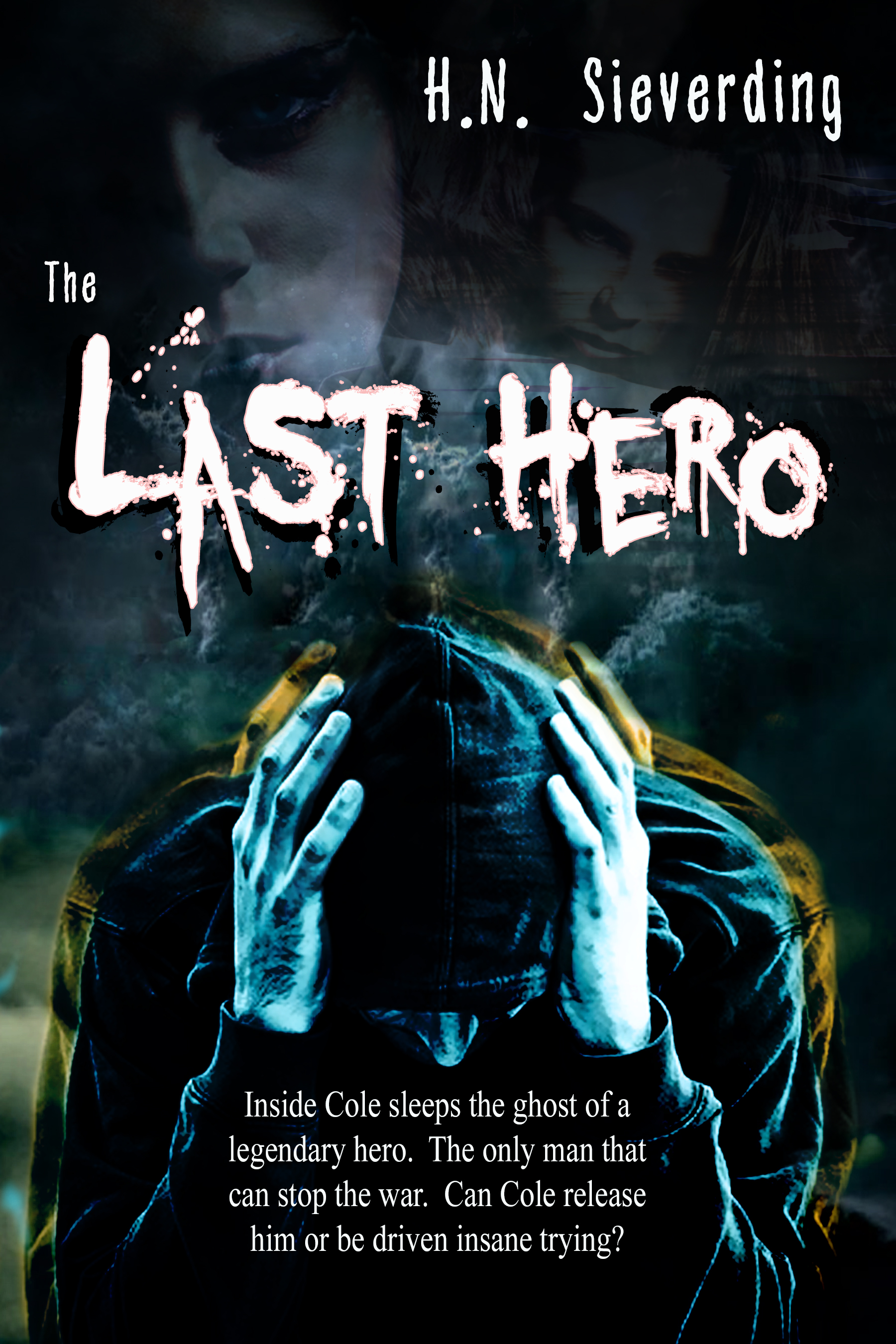 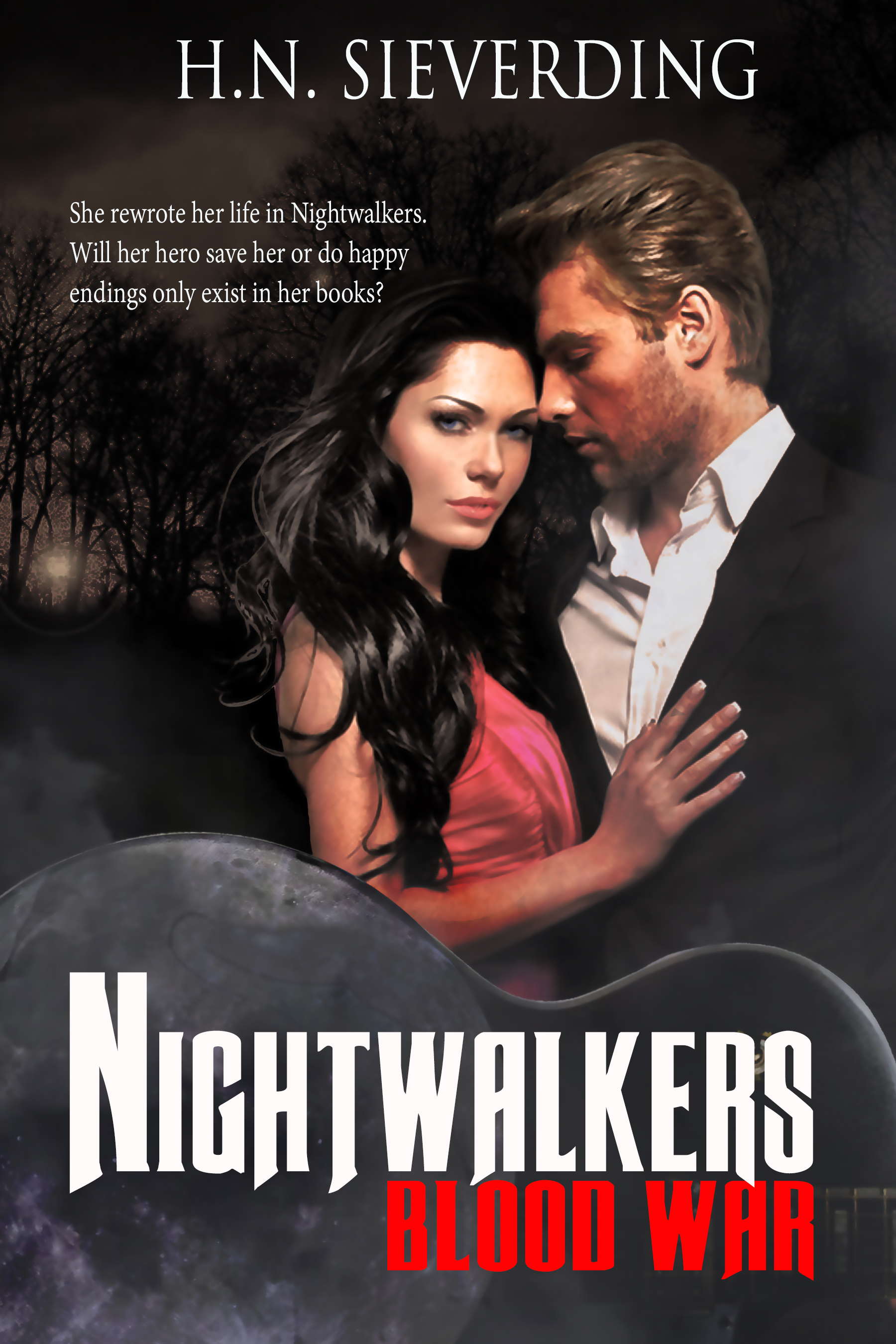 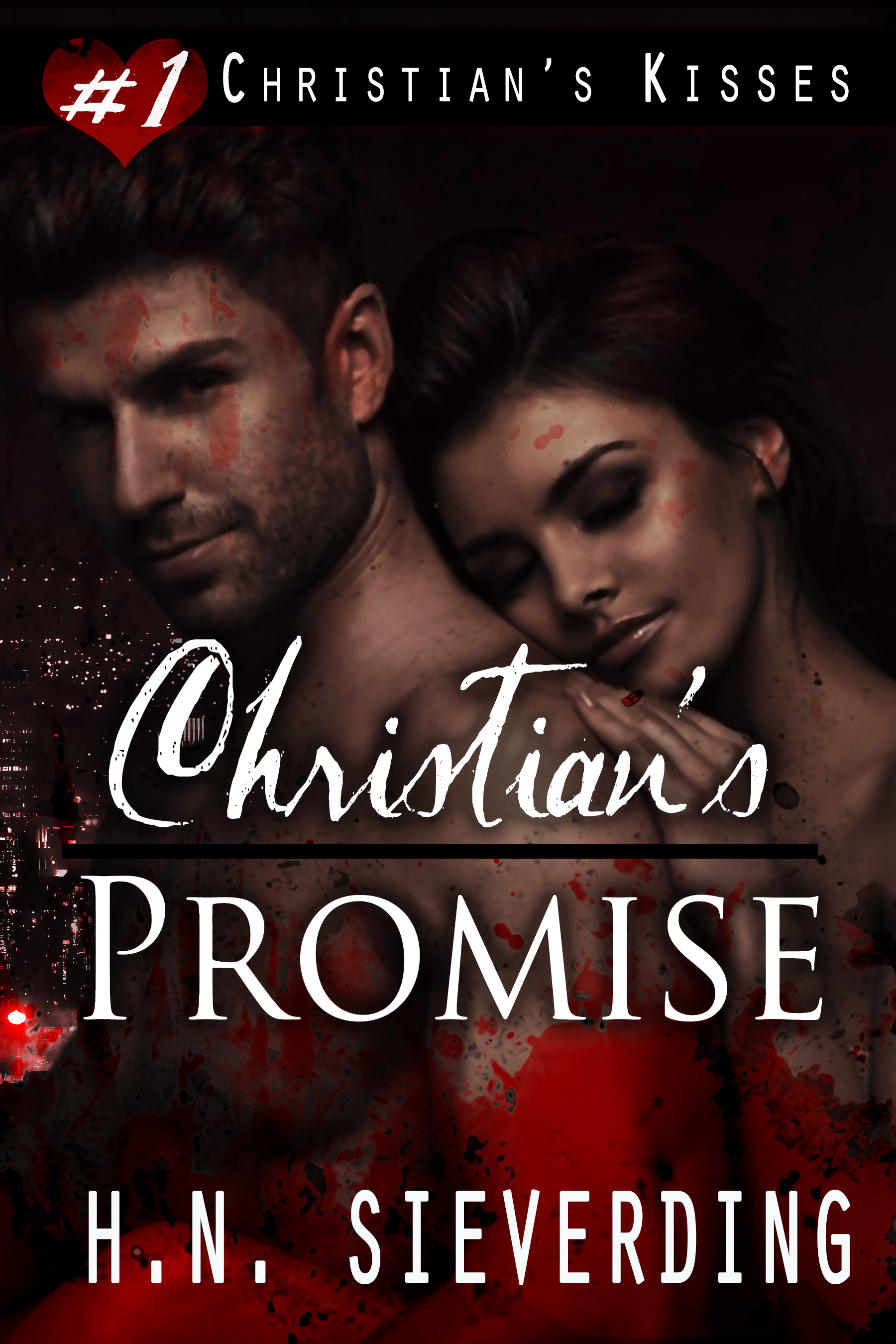 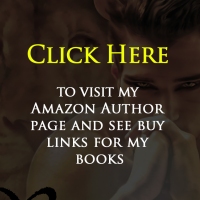 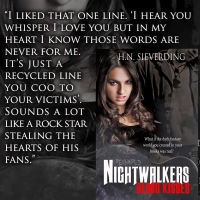 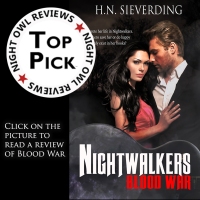 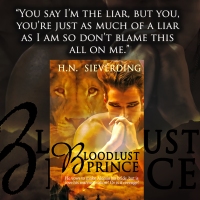 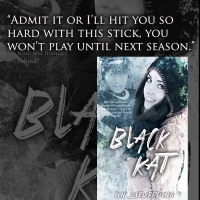 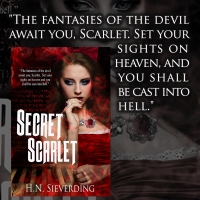 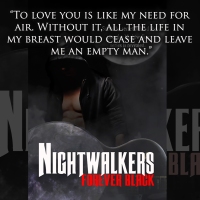 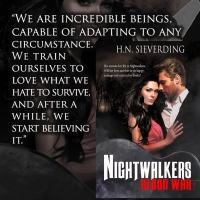 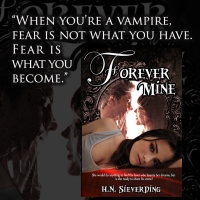 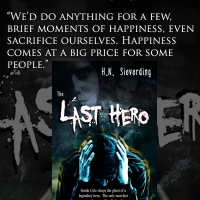 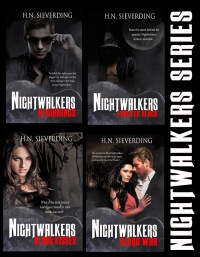 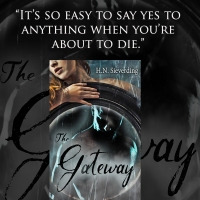