Welcome to another exciting author interview!

You should be super psyched about this one.  Today my interviewee is one of my good writer friends and my editing advice guru.

Rich is the author of The Curse, which made it as a quarter finalist in the ABNA last year.  I think that may be the reason I first started talking to him but I can’t remember exactly.

He lives in a house on the beach, something a lot of us dream about. He’s also a retired English teacher now turned editor and full time writer (when he isn’t spending time with his children) and writes movie reviews.  Right now he’s been working on many short stories like The Bus Stop, The Lie and The Accident but has also written several books like the Room 317 and The Curse.

If you need a great editor, give him a shout out, he’s great at it and I’m sure happy to help.  He has helpful posts on grammar, so check them out.  You might learn something. Find some of those HERE and HERE.

And now onto the interview…..

1.  What is the hardest thing about writing a book (story)?

This will sound rude, but the hardest part of writing a book or story, seriously, is just time.  I have written four novels and seven short stories.  Maybe eight.  And I’ve never written anything during which I have not suddenly been hit with what seemed like a better story.  Then, I feel like I have to rush to finish what I’m currently writing so I can get to the next great idea.  I hate saying that, but it’s true.

2.  What are you currently working on?

I’m currently stuck as hell.  I have two stories that I need to revise.  They’re ready to be pitched.  But I have this fabulous idea for a really creepy stalker story.  However, if I don’t actually get something finished, queried, pitched, and all that, then I’ll remain the best writer who’s never done anything beyond his own computer.  And blog.

3.  What is the best story, in your opinion, have you ever written and why.

The best story I’ve ever written is a great story – but it’s poorly written, and I have to totally re-write it.  It’s called “The Curse,” and it’s about a slave owner who puts a curse on his slaves to prevent them from running away.  But the curse backfires on him instead of being put on the slaves.  I love it.  It was a quarterfinalist in the ABNA last year.  The readers loved the first three chapters, but I didn’t finish it well enough.

4.  As an editor, what is the grammar issue that most annoys you?

I suck at knowing when to break for paragraphs.  I know that you break when the location or the time changes, or when the speaker changes.  But sometimes there are other changes, and I get confused as to when they should be. 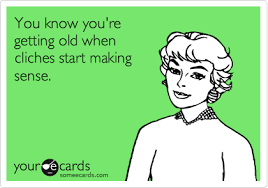 5.  As a reader, what do other writers do that most annoys you?

6.  What is your greatest strength as a writer?</h2

Dialogue.  I always get compliments on it.  The reason it’s m strength is because I talk too much and I constantly watch and observe people.  I’m  nosey as hell, watching people when they don’t realize it.

7.  What genre do you find hard to write?

Not sure because I only keep to what I know I can do.

8.  When did you write your first book?

In a way, I wrote my first book when I was in third grade.  We had a summer reading assignment, which I didn’t do.  We could have read anything, and I read nothing.  On the first day of school we had an assignment, like a book report about what we read.  I totally made mine up.  It was called “Carrot Top Mr. Mouse,” about a mouse with red hair, and the other mice made fun of him, so he ran away.  It was because I had red hair, and sometimes people made fun of me.  I think I’ll have to actually write that one day, but on that day, I made up a cover and a summary.

However, for real, my first book was “Grandpa’s Watch.”  It’s about a boy who accidentally gets sent back in time into the Civil War where his great-grandfather, as a teenager, was involved.  But the boy who gets sent back accidentally injures his grandfather.  Luckily, he knows what the old man did to help the Union win the war, and he now has to take his grandfather’s place, otherwise the South might win.  According to my daughter, it’s too educational and not enough fun.

9.  Have you ever used a pen name? (And if so did you write naughty stories?) 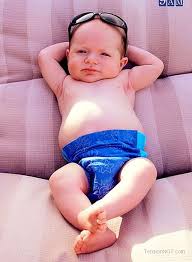 10.  What is your advice for other writers?

My advice – don’t be lazy like me.  I’ve learned that there are many great writers, great stories, that nobody knows about because those writers don’t have the “drive” to get published.  That’s what I’m battling against.  For me, it’s a fear of failure.  Like, if I don’t pull the trigger, then I can’t possibly miss.  But lately I’ve been working on that.

Also, find a writers group who will read and trade feedback.  Not an online group but a real group that meets at a library or someplace.  Make sure they’re people who know what they’re doing.  I’ve been involved with writers groups in which nobody owned a computer.  I’m not trying to make fun of anyone’s money situation, but I can’t figure out how anyone can really write anything without a computer.  It would take too long.  Maybe that’s stupid, but it’s how I feel.

Also, be careful about blogging.  I just spent a year blogging very successfully.  Never had more people read what I’ve written, and got a lot of praise.  However, what I’ve been writing is nothing I could ever sell.  I spent probably 100,000 words that won’t go anywhere.  But at the same time, it’s a great confidence booster.  Now, after all that, I’ve finally learned that it’s more important to have five good people read my fiction, give me feedback, and help me improve than it is to have 100 people read something and say “Wow, that was great.”  Those 100 people are nice, but they’re not going to get me anywhere.

11.  Who would you love to co write a story with and why?

A woman I know in the Midwest because she can write stuff that I can’t, which makes sense to collaborate. (And yes, Rich, I would be awesome to write a collaborative story with. -H.N.)

I’ll leave you with one of Rich’s short stories titled, The Accident

The only thing Jones had been more impressed with than his week-old BMW convertible was himself.  He had pushed the limits of time and energy, along with the art of negotiation, for three years strictly for his promotion and, more importantly, the car.  The car was now upside down at the bottom of a small grassy hill off the right shoulder of Route 295 South.  Jones stood from what seemed a very comfortable seated position in tall grass fifty yards from the car, his car, and stared in amazement to make certain it really was his car with the wheels pointing skyward like a dead turtle on its back.  The crowd of emergency personnel made it more difficult for him to see the platinum-silver car, but he could think of no other reason why he was where he was.

As he approached the car, the hairs on his right forearm prickled up as the breeze from the highway blew across where his right shirt sleeve used to be.  The rest of the starched white shirt remained, along with a bright red tie, which he loosened as he noticed another crowd uniforms gathered around something else – a body covered with a mostly white sheet except where deep red stains were soaking through where the body’s head would be.  On the ground next to the body was the white sleeve he no longer wore.

“Bastard probably never felt a thing,” said a firefighter as he removed his helmet.

“Better that way,” another replied, “when you don’t know it’s coming, no time to think.  You’re just – gone.”

Gone.  The word echoed in Jones’s head and faded like the rush of endless tires on the highway nearby.  He stumbled backwards through the tall grass as voices and flashing lights remained behind.  He dug his wallet from his left front pocket and reviewed his driver’s license just to be sure he was who he was.  The faces of his wife and kids all matched his memory as did his name and picture, and he put it all back in his pocket while taking further steps towards the woods behind him.  He turned and picked up speed until he reached a full sprint, which lasted for only a few seconds before he slowed without breath.  He dropped to one knee before curling in a fetal position and sobbing beneath the frozen arms of a family of oak trees whose spring buds were days away from exploding.  When he pulled his hands from his face a few minutes later, he noticed blood and thought of the sheet over the body back at the accident scene.

He leaped to his feet, hands held away from his body as if his own blood might contaminate him.  His eyes darted until they found the shimmer of a stream, then he walked almost primate-like across a grassy opening in the trees until reaching a bend of a tributary that strayed from the Delaware River about ten miles west.  Jones squatted, thrashing his bloody hands in the ripples before allowing the water to calm so he could see the matted hair that partially covered a gash torn open during the accident.

He felt a wave of panic that began with the men at the crash site, the sheet covering the body with the bloody head, his missing sleeve next to the sheet, and the comfort in the suggestion that maybe he never felt a thing.  After his shoulders relaxed, he stepped knee-deep into the stream and bent forward to rinse his hair of the blood and thoughts about death.

“I guess I get to keep my body.  Good thing I never filled out that donor card.”  He chuckled, forcing a smile.  “But why would I need my body?  Wouldn’t I just be more like a spirit?  Is there a reason I’m still physical?  What about-”