Thanks to Mari for nominating me for this.  How did she know I like to write books and talk about them?!  I’m perfect for this interview.  I should write 30 of these so if anyone wants to nominate me again, I can do another book I’ve written.  For this I’ll just use one of my latest stories, Nightwalkers.

What is the title of your book?

Where did the idea come from for the book?

What genre will your book be?

Which actors would you choose to play in a movie rendition?

I’m not on the up and up with who actors are so I’ll just pick some. 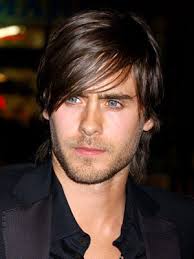 Cause he’s just super hot and has the most amazing eyes ever.  Hee hee…

Not exactly what I pictured but would come close for Ashleigh Brown.  I hated her a few years ago when that Lizzie show was running because my little sister used to watch it ALL the time!  But I still think she’d do well portraying Ashleigh.

What is a one-sentence synopsis of your book?

The world Ashleigh created in her books is real and those that live in it will do anything to find the mysterious Victoria Allure.

Will your book be self-published or represented by an agency?

I’m not sure yet.  Maybe I’ll send it to a few publishers to get rejected but for now it’s just awaiting some editing.

How long did it take to write the first draft of your manuscript?

What other books would you compare this story to within your genre?

It compares a lot to H.N Sieverding’s books, specifically her vampire novels.

Who or what inspired you to write this book?

Hmm….inspiration.  Well-the only thing I can think of it is my writer friends and their experiences.  I’m also a huge fan of the band 30 Seconds to Mars so I based the rocker looks, not the personality of Jared Leto to shape the character of Caleb.  In the book, Ashleigh bases her main character, Master Drake, largely on Caleb Mason, the lead singer of her favorite punk rock band, Armageddon.  I love the line Caleb says to her when he finds her identity, “I liked that one line…I hear your lips whisper I love you but in my heart, I know those words are never for me.  It’s just a recycled line you coo to your victims.  Sounds a lot like a rock star stealing the hearts of his fans.”

What else about your book might pique the readers’ interest?

If you’re a writer you’ll really connect with the main character.  She often describes events going on as if she were going to write a great scene of it later.  Also there’s a fun theme of having your dreams become reality and getting a chance to live (whether you like it or not), in a world of your own creation.

Now on to my five nominees……….

2 thoughts on “The Next Big Thing: Blog Hop”